Do you really need a skip?

As useful as skips can be, they’re not always the best solution. 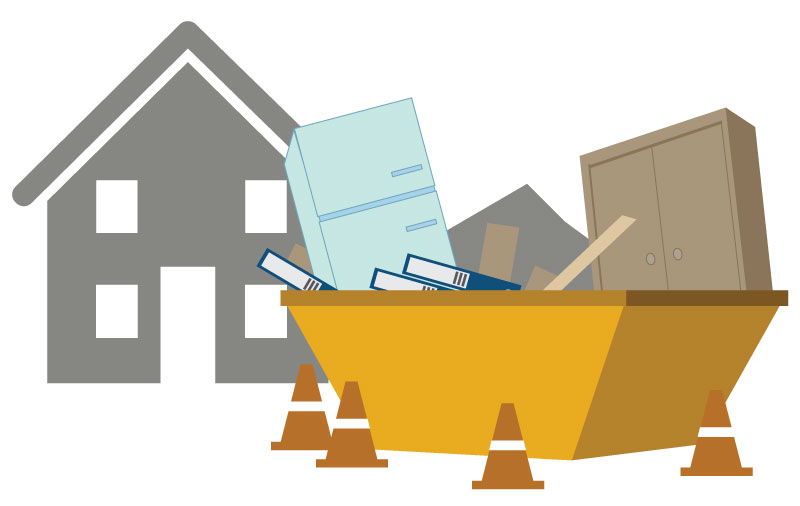 We were recently asked to clear a house on a busy road. This was an old, Yorkshire, mid-19th century weavers’ cottage and as with many similar properties there was no rear access. The only way to realistically remove items was through the front door.

The owners had considered hiring a skip (which would have to be positioned on the main road) and doing it themselves but this was at best inconvenient and also likely to cause problems on the road itself.

They were also concerned about security. The house was vacant and skips can attract unwanted attention – recently there had been instances in the area of asset stripping empty houses. People had broken in and stolen materials such as pipes, wiring and various fittings – all items which could be used in construction elsewhere.

We were recommended to them by friends as an alternative to hiring a skip. We were able to clear the property within a few hours which was much quicker than having to do it themselves. And of course, there was no unsightly skip parked outside, waiting to be removed by the hire company.

Save money on skip hire and use us as a cheaper and quicker alternative!