How people can unwittingly contribute the the fly tipping problem 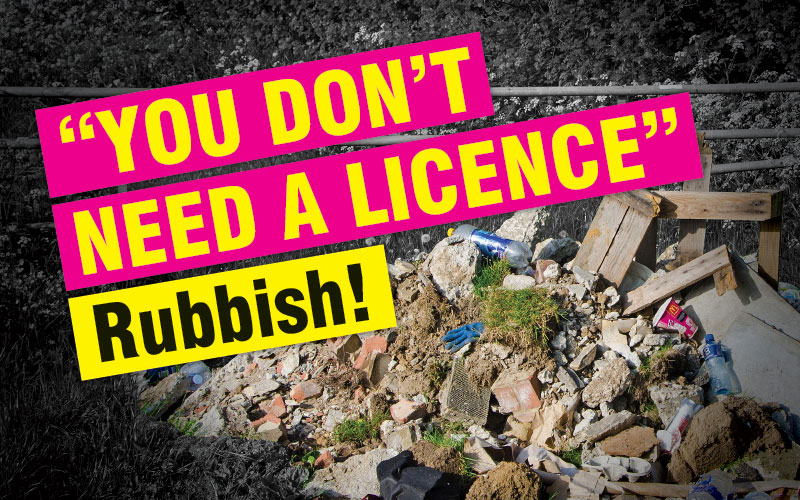 Fly tipping is becoming an increasing problem and major culprits are unscrupulous operators claiming to clear houses and dispose of items legitimately.

Not long ago the problem was so bad that Barnsley Council launched their “Everybody Think” campaign aimed at highlighting “the problem of illegal, unlicensed small businesses offering low or no cost services to dispose of rubbish only to fly tip it later”.

The cost of cleaning up almost 4,000 incidents of fly tipping for 2015/16 was over £280,000 and a significant proportion of this was clearly due to house clearance services not doing what they should have done – take their rubbish to a council-run recycling centre.

All house clearance businesses should be licensed to dispose of their waste correctly and they should be able to give you their license number if you ask. If, when asked, a company can’t provide this information then it’s highly likely that they’re not doing their job properly. And because the council has to pay for fly tipping to be cleared, the cost is inevitably passed on to the general public via council tax.

Although we are not a rubbish removal service per se, it’s inevitable that a house clearance will contain some unwanted items – which is why we DO have a licence and can provide details at any time.

Please remember – if you find a cheap house clearance service that sounds too go be true, it’s probably just that: too good to be true.

Remember, only used licensed companies for the removal of rubbish! Call us for more information and be reassured that your items are disposed of legally.