Are Your Documents Safe? 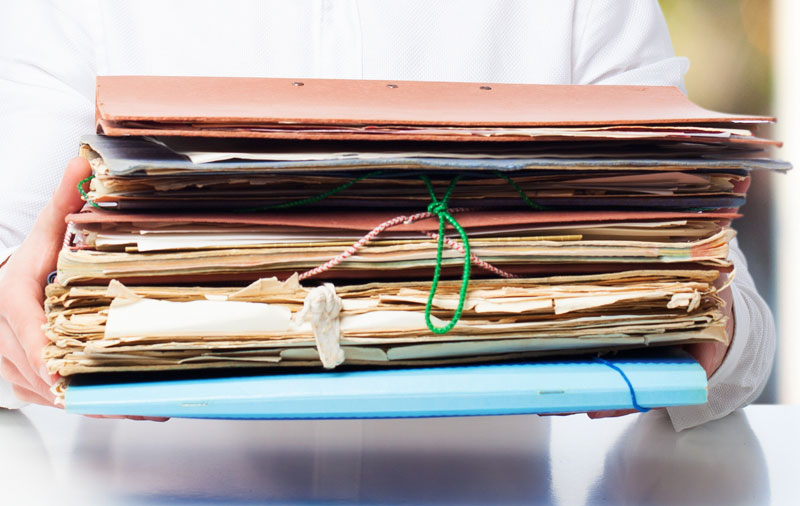 When using a house clearance service you should make sure that all documents on the property are sorted prior to the removal being started. When we dispose of such items they’ll be gone forever and more often than not, it’s agreed that when we clear a property then we clear it of everything.

Having said this, we often find important documents when we clear a property and as you might expect, we return them to the owners straight away. After all, we’re all human mistakes do happen – so we try to be vigilant.

What to do with old paperwork

Generally speaking, if houses or business premises are going to be cleared it’s a good idea to take away ANYTHING that looks official as soon as possible. In the case of a bereavement, it may be that some items are necessary at a later date and this can often be something that’s overlooked or initially considered unimportant. It’s far better to err on the side of caution rather than make impulsive decisions.

We recommend that you take the paperwork away rather than leave it on site but we also know that sometimes this isn’t practical until just before the clearance itself. But if a property is unoccupied it may at risk of being burgled. Items of value are an obvious target but less obvious is the case of paperwork and documents so it’s always worth securing premises if documents are left there. Something else to bear in mind is that even in the case of the deceased, identity theft can still be an issue and you can read more about it in an upcoming article on this site.

Have you checked EVERYWHERE?

Not long ago we cleared a house in the Penistone area that had belonged to an old person whose behaviour had become erratic in their final months. Naturally, the circumstances were distressing for the grieving family and although they’d been through everything throughly, they hadn’t checked less obvious places. In the course of the clearance we found important documents hidden under mattresses and behind the toilet cistern.

So as distressing as it may be, it may be worth exploring even the most eccentric places, just in case.

We’ll keep an eye out for the things you might have missed.